Without energy-efficient window treatments, as much as 50% of your home's heating and cooling energy can be lost through its windows.

It's a scientific fact that heat is attracted to cold. In winter months, indoor heating moves toward and escapes through windows to the outdoors, while in summertime, the outside heat flows into your home through these same windows.

In the WINTER, a product’s “R-value” is important in keeping your home warm.  The R-value is a measurement of its ability to resist heat flow. In a home during winter, R-values indicate the ability of walls, roofs and windows to keep heat inside. The higher its R-value, the more insulation a product provides (i.e. higher is better).

Example:  The walls and roof of a well-constructed home typically have an average R-value of 25. The low-e double-glazed windows used in such a home can have an R-value of 3.5. These windows would allow about 7 times more energy to escape per square foot than the rest of the home’s exterior.

In the SUMMER, a product’s “solar heat gain coefficient” (SHGC) is important in keeping your home cool.  The SHGC is a measurement of its ability to reduce heat gain from the sun. When used with windows, it is the fraction of solar energy striking a window that actually passes through it to heat the room. The lower a window’s solar heat gain coefficient, the less solar energy it transmits.  (i.e. lower is better)

Example: The SHGC of a standard double-glazed window is 0.76, meaning 76% of the solar energy is transmitted through it.

So,  what does this of all mean to you?  It means that if you were to add a Hunter Douglas Duette Architella Honeycomb Shade (for example) to your window… it will double it's R-value in the winter (from 3.5 to 7) and triple it's SHGC during the summer (from .76 to .15).

Stop by or call (we offer free in-home consultations) and let us show you how to save $$$'s on your next energy bill!!!

Your style. Our talent. Let's chat 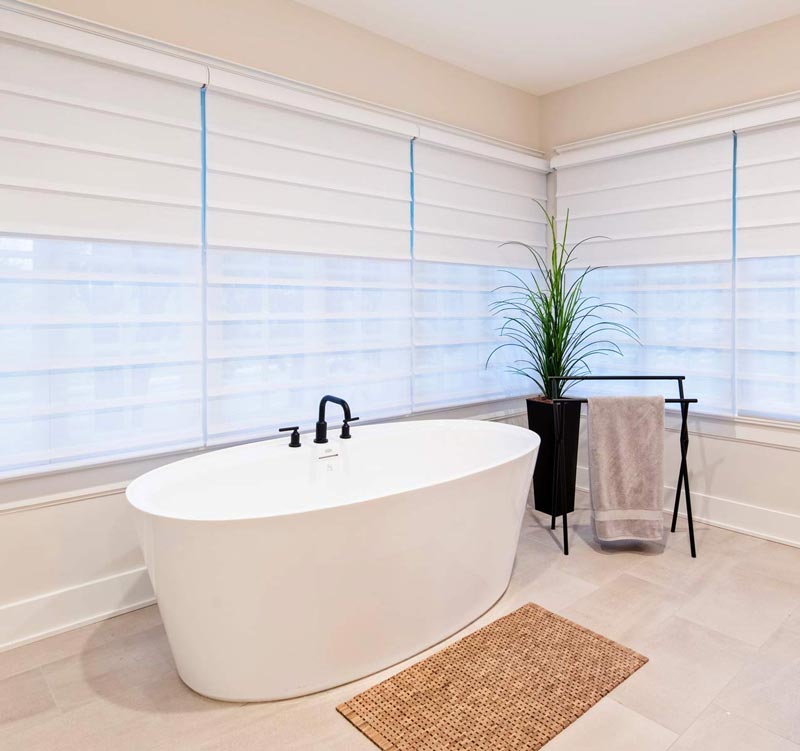 Serving Kansas City North
& the surrounding areas
By appt only

Enter your name and email below to receive an exclusive coupon